Made totally by hand by Roberto Delpiano and his studio assistant with an improvised manual silkscreen system. Very rare.

The screen print reproduces the actual ticket for the 1982 concert in Turin which was an important event, being the first rock concert in which a non-italian music group was playing in Italy after 7 years silence. 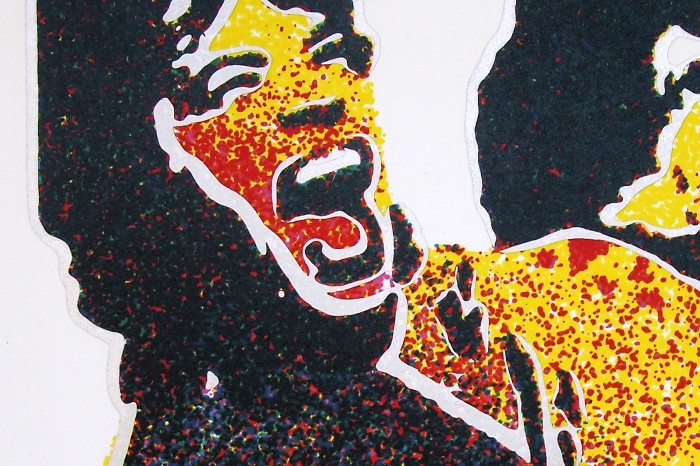 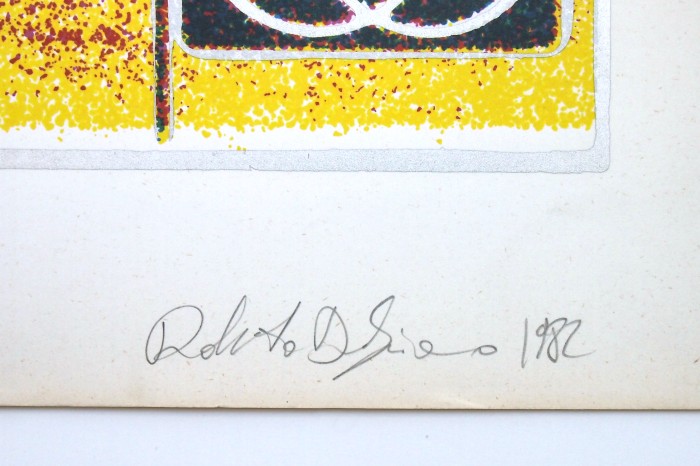